Smartphones running the Android operating system holds 87% share of the global market, while iOS has a 13% share.

Although Android has a larger worldwide market share, Apple today has 1 billion iPhones in use, all of which run on iOS.

In some countries, such as the USA, Canada, and Australia, iOS is the most popular mobile operating software. As a result, the demand for iOS developers who can design applications has skyrocketed in recent years.

According to the U.S. Bureau of Labor and Statistics, It is predicted that app developer jobs will grow by 22% between 2020 and 2030.

Read on to understand in-depth about iOS developer salary and the various factors that affect it.

What Does an iOS Developer Do?


An iOS developer is responsible for creating apps for iOS-based devices. They are responsible for developing and programming the base application, as well as assuring its quality, fixing bugs, maintaining the code, and implementing application upgrades.

A professional iOS developer should be familiar with one of the platform's two programming languages: Objective-C or Swift. They should also be well-versed in the patterns and practices that revolve around the iOS platform.

They should understand the operating system and also how it functions on various Apple products, including the iPhone, iPad, Apple TV, and Apple Watch.


According to Payscale, the average iOS developer salary is $94,375/ year.

The various roles that an iOS developer can have are: 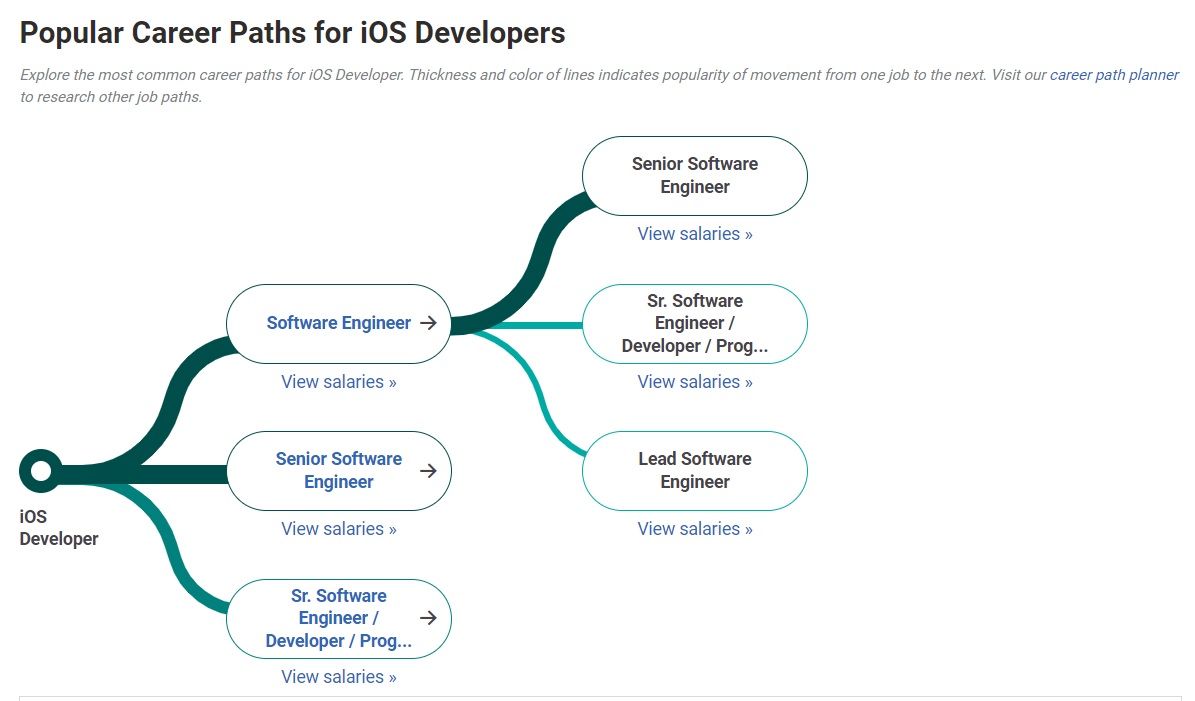 The average salary for the various roles is: 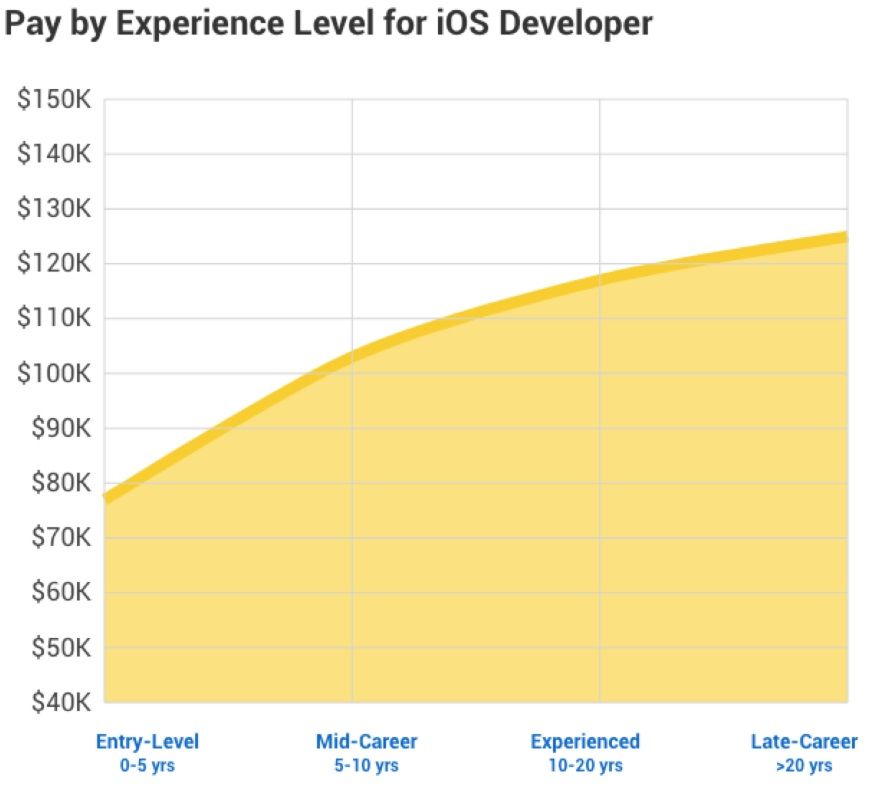 
Location has a huge impact on the salaries of iOS developers.

San Jose, CA has the highest salaries in the USA for an iOS developer, and Seattle is second. The gap between the Bay Area and Seattle is significant - 19 percent. Meanwhile, the average iOS developer salary in NYC is $ 133,897, which is only 6% more than the national average.


Compensation is influenced by three factors:

The skill set is determined by the developer's level of experience as well as the specific projects on which they have worked. It's vital to note that iOS developers require skills including wireframing and prototyping, testing, understanding of UX and UI, as well as soft skills like outstanding communication.

Also Read: How to draft an iOS developer resume in 2022?


Despite the fact that Apple devices are the most popular in the United States, iOS and macOS apps are built all over the world. We compiled data on iOS developer salaries in the world's most technologically advanced countries.


The typical iOS developer income is comparable to that of an Android developer, at least in the United States. Such parity shows that both sorts of skills are in high demand.

Why Are iOS Developer Salaries Higher in the USA Compared to the Rest of the World?


Part of the disparity can be explained by the differences in how work is structured in the United States and the rest of the world.

For instance, consider the comparison between Germany and the United States

The Economic statistics reveal that Americans work an average of 1,700 hours per year, whereas Germans (and many other European nations) work only 1,400 hours. This alone can account for 20% of the income disparity between the two nations, and in reality, the average hourly wage in both countries is nearly similar (32 USD), supporting this idea. Furthermore, many goods in Europe are significantly cheaper, such as education, housing, social security, and health insurance, resulting in lower incomes.

European standards are stricter than those in the United States, making it more difficult (or perhaps impossible) to terminate someone who has worked for a long period. As a result, the danger of losing your job is reduced, resulting in a lower wage because employers take a greater risk when employing someone, while workers take a lower risk.

In extreme tech hot spots like Silicon Valley or New York, there is an additional effect due to the high demand for skilled IT professionals and the ease with which people can find new jobs, which makes it easier to negotiate a higher salary and forces companies to pay above average rates to attract talent.


The demand for iOS developers has boomed in the recent years.

Visit Hiration's career platform for all your professional needs. We provide 24/7 online chat support.
Additionally, reach out to us at support@hiration.com for any other queries.

A 17-year-old can work for as many hours and days. The federal law prohibits the youth under 18 years of age from working in hazardous occupations.

If you want to earn some extra cash, you can use the weekend by doing some part-time, weekend-only jobs. These jobs open the door to expanding your skill set while allowing you to work at your own pace. You can work remotely in the evenings or onsite for a part-time job.

To land a white-collar job like a doctor or engineer, you need to have a bachelor’s degree in a relevant field. White-collar jobs focus a lot on formal education and training. The highest paying white-collar jobs include doctors, lawyers, and sales managers, offering over $100,000 per year.